Louis Trichardt is a town situated at the foot of the Soutpansberg mountain range in the Limpopo Province of South Africa. It is in a fertile region where litchis, bananas, mangoes and nuts are produced. 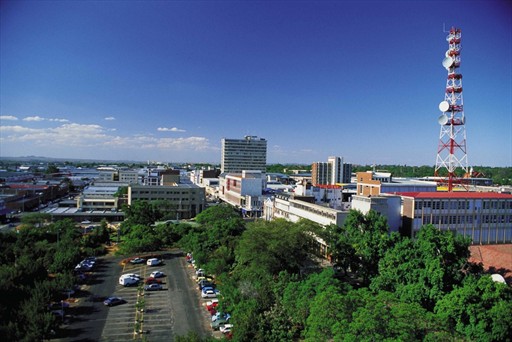 Like many other towns in South Africa, Louis Tichardt had its origins in Voortrekker settlement of the area. Two groups of Trekkers reached the Soutpansberg mountain range in 1836, one under the leadership of Louis Trichardt and another under Hans van Rensburg. Van Rensburg decided to take his group further east, towards Lourenco Marques (today Maputo) in what is now Mozambique, but his entire party was killed en route.

Trichardt and his group stayed near the mountain, camping near what eventually became the town of Louis Trichardt. They planted crops and started exploring the area northwards in an attempt to locate Van Rensburg and his group. After a year of staying in the area, they decided to head for Lourenco Marques, a journey that took them 7 months to complete, killing more than half the group (including Trichardt himself) en route.

Other Trekkers soon settled in the area, clashing with the Venda people living in the area. The town of Louis Trichardt was finally founded in February 1899.

The town and surrounds are renowned for its multi-cultural population and the highly creative arts and craft they produce. This includes handcrafted paper, pottery, batiks and textiles.

A reserve offering something for any visitor, including beautiful views and fascinating archeological sites dating to 1250 AD. There are 160 tree species, 250 bird species, 50 species of animal and several mountain biking trails.

Those in the area include Albasini and Middle Letaba dams, offering a relaxing day by the water. The overflow of the Twin Dams of the Nwanedi Reserve offers scenic beauty and excellent fishing.

A collapsible fort used in the 1880s as protection for artillery men and mounted police.

Given its red sand dunes and Kalahari veld, this reserve was proclaimed to provide sanctuary for the last remaining herd of gemsbok in the province.

The site, in the Sand River Gorge, of a series of fascinating San rock artwork including murals and etching.

North of the Civic center are these lovingly manicured gardens commemorating victims of various local and international conflicts.

15km west of town, commemorating the pioneering history of the area and the country as a whole. The nearby cemetry includes the grave of the Voortekker leader Andries Potgieter.

Some of the most creative local textiles designs are on offer here.

The town is known for its enthusiastic woodcarving population and many fine examples can be purchased.

Map to The Gateway Inn

We use cookies on our website to give you the most relevant experience by remembering your preferences and repeat visits. By clicking “Accept All”, you consent to the use of ALL the cookies. However, you may visit "Cookie Settings" to provide a controlled consent.
Cookie SettingsAccept All
Manage consent

This website uses cookies to improve your experience while you navigate through the website. Out of these, the cookies that are categorized as necessary are stored on your browser as they are essential for the working of basic functionalities of the website. We also use third-party cookies that help us analyze and understand how you use this website. These cookies will be stored in your browser only with your consent. You also have the option to opt-out of these cookies. But opting out of some of these cookies may affect your browsing experience.
Necessary Always Enabled
Necessary cookies are absolutely essential for the website to function properly. These cookies ensure basic functionalities and security features of the website, anonymously.
Functional
Functional cookies help to perform certain functionalities like sharing the content of the website on social media platforms, collect feedbacks, and other third-party features.
Performance
Performance cookies are used to understand and analyze the key performance indexes of the website which helps in delivering a better user experience for the visitors.
Analytics
Analytical cookies are used to understand how visitors interact with the website. These cookies help provide information on metrics the number of visitors, bounce rate, traffic source, etc.
Advertisement
Advertisement cookies are used to provide visitors with relevant ads and marketing campaigns. These cookies track visitors across websites and collect information to provide customized ads.
Others
Other uncategorized cookies are those that are being analyzed and have not been classified into a category as yet.
SAVE & ACCEPT